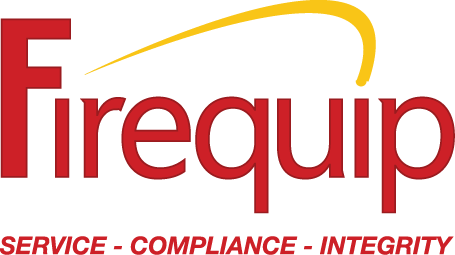 Flexible ‘droppers’ were first introduced into Australia in 1998 and were designed to be an alternative to ‘hard pipe’ to get water from the main water supply to the sprinkler head. The use of ‘Flexible Tube Assemblies’ is covered, in part, in Australian Standard AS2118.1-2017 (Section 7.6) – Automatic Fire Sprinkler Systems – Part 1 – General Systems. The adoption rate of flexible sprinkler hoses, over traditional hard pipe, has steadily increased throughout the years and one of the main reasons for this is the labour savings achieved by not having to cut and thread hard pipe from the main water supply to the sprinkler head. As building practices have become more fast-paced and different trades ‘competing’ in the same space, they also provide a practical solution when having to install and navigate (bending the tube) around other services found in commercial ceiling spaces (E.g. ducting for A/C systems or electrical cable trays etc.).

Whilst the reasons, for the rapid increase in popularity, have focused on the labour savings and markedly improved project completion rates, there are several critical performances and safety benefits flexible sprinkler hoses provide over the traditional hard pipe.

Foundations settle and ceilings can shift and sag over time, in some cases due to seismic activity. This presents a problem to the threaded hard pipe, specifically with respect to the sprinkler position in relation to the ceiling surface. By code, hard piping is required to be anchored to the building structure separate from the ceiling structure. Because of this decoupling between the pipe and ceiling, the sprinkler elevation relative to the finished ceiling surface cannot always be guaranteed to remain constant.

In extreme circumstances where there is excessive sagging of the ceiling surface, a sprinkler can become excessively recessed above the ceiling surface over time. What this means is that, in the event of a fire, the sprinkler’s operational response time and spray pattern characteristics would be severely impacted, thereby allowing the fire to grow unchecked in the affected area. In contrast, a flexible sprinkler hose is required (by code, its listings and installation instructions) to be securely attached with an anchoring bracket to the ceiling’s structural elements, such as suspended T-grid ceiling channels or wood/metal joists or studs. This positive bracket attachment to the ceiling structure ensures the elevation of the sprinkler in relation to the ceiling surface remains consistent over time. The inherent adjustability of the flexible hose accommodates the expansion, contraction and settlement of the ceiling structure, preserving the designed operational response and water distribution characteristics of the sprinkler.

The flexible hose is basically made up of a convoluted tube with a braided exterior (stainless steel) and threaded connections (slip-nuts) at either end. We have been stocking the GV Fire brand for several years now and these have UL (Underwriters Laboratories) and FM (Factory Mutual) approval having been rigorously tested in simulated circumstances. The GV Flex has an ‘outside diameter’ (OD) OF 27mm. From time-to-time, there is conversation around the industry as regards the ‘inside diameter’ (ID) of flexible hoses and compliance to Australian Standards. The GV Flex is approved as equivalent to 25mm (1”) nominal diameter.

The standard hose lengths are 700mm, 1000mm, 1200mm, 1500mm and 1800mm (1.8Mtr is the maximum allowable length under the Standards). Typically the smaller hoses are used for pump connections with the 1500mm and 1800mm sizes being the most popular for sprinkler applications. A couple of distinctive benefits of the GV Fire range is the variety of bracket systems to suit many applications but also the fact that the ‘O’ ring that provides the seal at each end of the hose in encapsulated. What this means is the ‘O’ ring is effectively trapped inside the slip nut with no prospect of falling out. In many other brands of flexible hose the ‘O’ ring fits loosely inside the slip nut and there is potential for this to fall out during installation which some sprinkler fitters have found to their cost having installed and pressurised a sprinkler system!!! 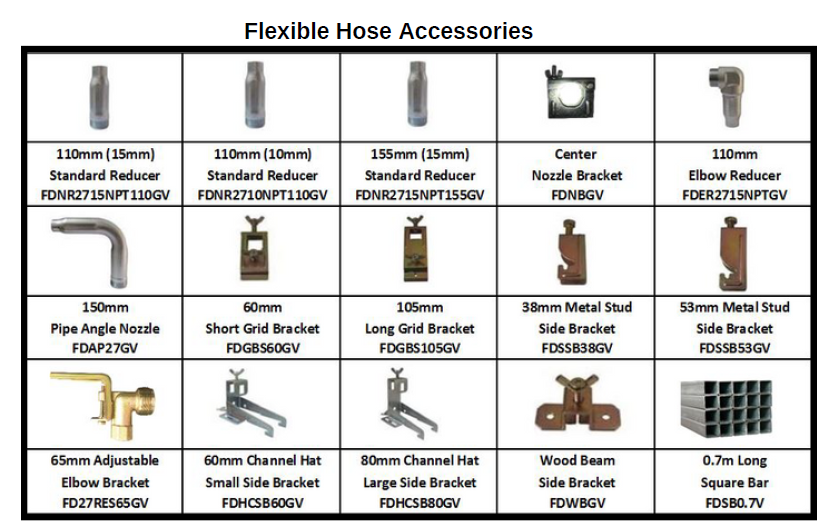 Shurjoint  fittings are now in stock and available from Firequip

Producing its first grooved couplings in 1974, Shurjoint has over four decades of experience and recognised as a world leader in the design and manufacture of mechanical piping components. Their range of products have been developed to be used with a variety of piping materials including carbon steel, stainless steel, ductile iron, PVC, HDPE, CPVC and copper tubing.

Shurjoint manufactures their couplings and fittings with ductile iron housings and EPDM gaskets to provide superior strength and performance and are designed to conform to and meet or exceed all domestic and international standards and are both FM approved and UL listed. The reliability of Shurjoint couplings and fittings is further backed by an industry leading 10 Year Warranty renforcing the high quality and ongoing reliability of these products.

In addition to superior performance, most Shurjoint couplings and fittings do not require the use of a torque wrench and only require metal-to-metal contact for proper assembly with the Z05 rigid angle pad coupling also providing a fast and easy ‘swing-over’ installation with removal of a single bolt.

Firequip also carries a range of flexible Shurjoint couplings which are typically used to accommodate misalignment, distortion, thermal stress, vibration, noise and seismic tremors and can even be used on arced or curved piping layouts.

Our range of Shurjoint Valves includes Check Valves and Butterfly Valves with our Riser Check Valve being a single clapper design with dual springs for non-slamming operation and a streamlined body that provides low friction loss and can be installed in vertical or horizontal positions. The SJ-300F  Butterfly Valve is UL Listed and FM approved for 300 psi WWP (water working pressure) service for indoor and outdoor use. The valve consists of an epoxy powder coated ductile iron body and EPDM rubber encapsulated dual-seal disc and is equipped with a weatherproof worm gear operator and supervisory switch and wiring.

Please feel free to contact our sales team today on 02 9638 1300 or sales@firequip.com.au for more information regarding our entire product range. You can download our catalogue here.

Firequip are proud to share that we are now a distributor of the VSH Shurjoint range of Roll Groove fittings, Couplings and Valves.

Shurjoint is a world leader in the design and manufacture of Mechanical Piping Components. Shurjoint manufactures high quality products that are backed with a large number of certifications and approvals including FM Approval and UL Listing. Their reputation has ensured they are globally recognised by engineers and contractors alike as a global leader in piping products and valves. Because of this, Shurjoint products can be found throughout landmark projects worldwide, such as Taipei 101.

Last month, Wayne and I attended the Shurjoint head office and foundry for technical product training with the Aalberts Integrated Piping Systems Asia Pacific team and look forward to what we believe to be the start of a long-standing relationship, servicing the Australian fire market. Firequip will officially launch the Shurjoint range on August 29, 2019.

Early in the year we introduced a new product The Adjustable Bracket, this was meant to compliment our Flexible Sprinkler Hose and Accessories range. But.... we found out that the bracket was too long for some of the applications it was intended. 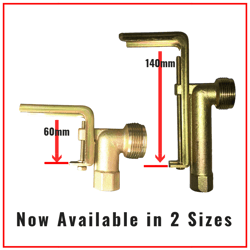 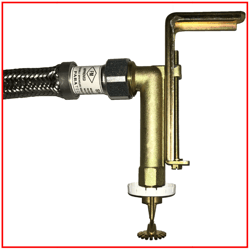 For other products in the Fesco range Check out our Flexible Sprinkler Hose and Accessories Catalogue.